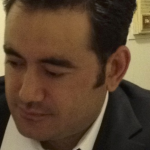 Dr. El Hendawy was the second Ph.D. graduate in International Trade & Business Law from the University of Arizona, James E. Rogers College of Law, and he also received his Master of Laws in Comparative Legal Studies from Pace Law School (New York).

Since 2005, Dr. El Hendawy has served as the Vice-President and Legal Counsel of the American-Egyptian Aid Foundation, a member of the United Nations NGO Division. He is also the Secretary of the Middle East “Rule of Law” Dialogue Planning Committee, founded by the late Albert Kritzer. Dr. El Hendawy also assumed the role of an Advisor to SUNSGLOW (The Center for) “the Study of the United Nations Systems and the Global Legal Order” for the Global Training in the Rule of Law.

Dr. El Hendawy has taught at several legal institutions worldwide and has conducted training in International Arbitration in Commercial Disputes. He has also written in the area international trade, specifically International Letters of Credit: Resolving Conflict of Law Disputes, Egypt: Regional Trade Agreements and Their Impact on the Cotton Trade, and The Buyer’s Right to Monetary Relief Under the CISG, which was translated into the primary languages of the United Nations.